Try It For Yourself

The Rook Protocol: Changing The Game 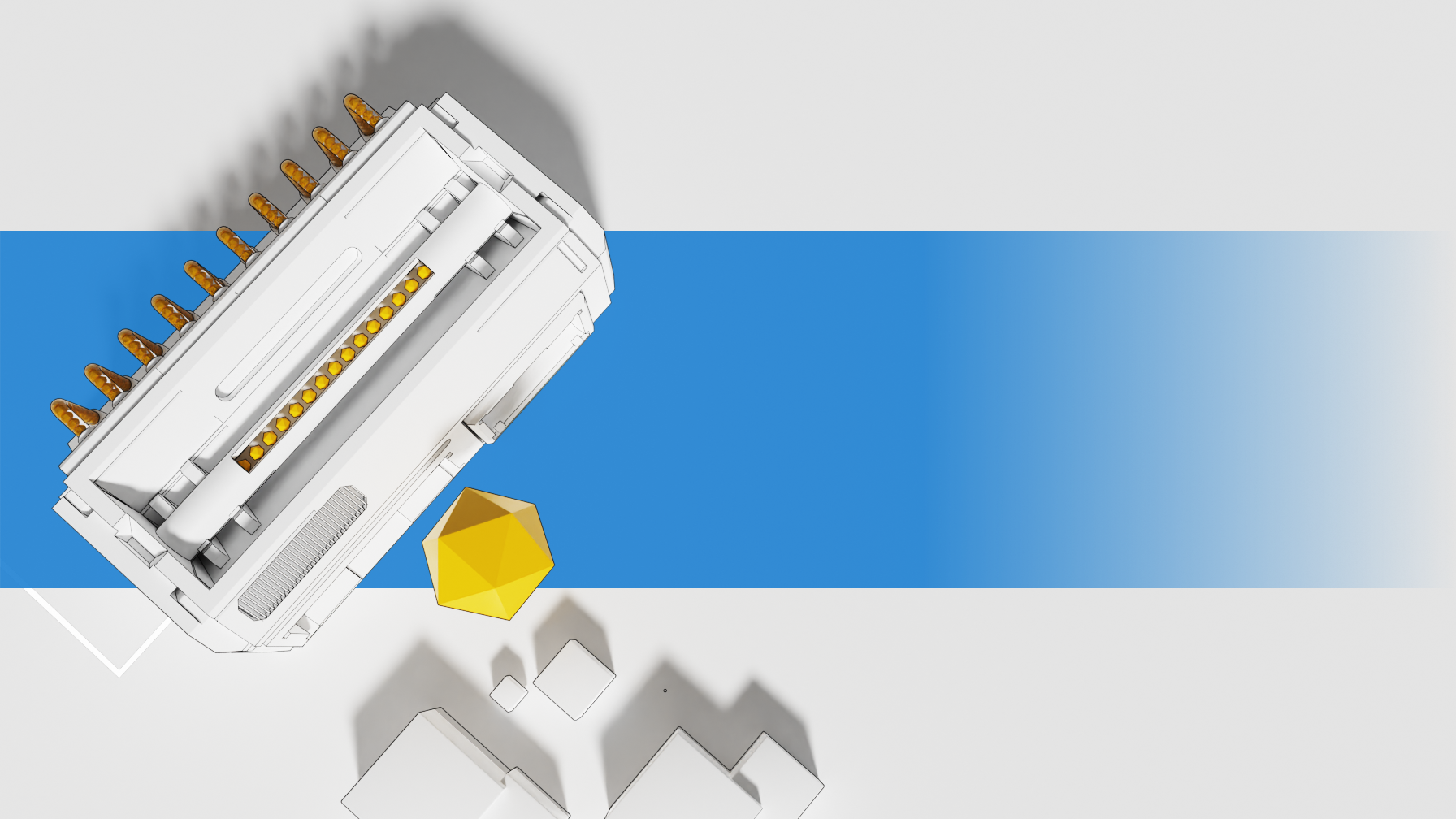 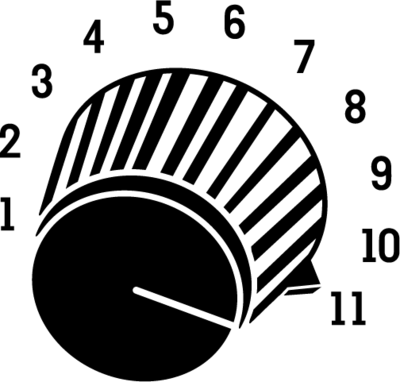 Ethereum has been described as an “unprecedented arena for playing cooperative games” [1]. But this arena today is powered by a certain hyper-competitive game, the game of MEV, which has corrupted the process by which our transactions become part of the blockchain.

Millions of dollars each year are lost to this competitive game, taken from the pockets of regular users and protocols, and extracted into the pockets of block producers. Block producers don't deserve it, but this is the way that the arena, and the game, have been constructed.

We at Rook Labs have been hard at work on a protocol to change that, by using the power of coordination to allow MEV to be extracted by the users and protocols that create it, rather than by block producers. We are excited to announce that after more than a year of design, development, and testing, the Rook Protocol — formerly called the “Coordination Game” — is now fully operational, and live for public use.

The Rook Protocol is a unique settlement engine powered by coordination. It receives signed orders or transactions before they are sent to the blockchain, and processes them through a network of Keepers — sophisticated bots that use this information to construct a more profitable transaction, send it to the blockchain, and settle it on your behalf. If the transaction discovers extra profit in the form of MEV, the Keeper shares it with you. The protocol uses a novel mechanism to prevent MEV from being extracted by the block producer when the transaction is being settled.

The Rook Protocol is the first protocol that allows generalized MEV to be internalized at the application layer. This allows more value to remain with users and smart contracts where it belongs, simultaneously reducing the total MEV available for extraction at the consensus layer, complementing systems like Flashbots.

There are additional quality-of-life benefits for users as well. Because the originator of the transaction is not the one settling it, the user does not need to pay gas, or a fee. The transaction will appear to be free. In fact, because MEV will be paid to the user for the transaction, they can in that sense expect to be paid for their transaction, a DeFi equivalent of payment-for-order-flow.

The Rook Protocol is entirely compatible with any existing settlement method, including Flashbots, Eden, and the public mempool. For that matter, it supports settlement on any blockchain, or against off-chain sources of liquidity. Keepers are free to construct and broadcast transactions using whatever method they prefer.

How a Transaction Moves Through the Rook Protocol

A user submits a transaction (or a signature authorizing one) to the Rook Protocol through one of our APIs.

We maintain a range of distinct API services that cater to specific use-cases, including market making, automated trading, smart contracts, dApps, and a general-purpose RPC.

The only API available for public use at the time of launch is the HidingBook API, which presents an orderbook-like interface allowing users to submit signed limit orders to be settled on-chain by Keepers.

Learn more about the HidingBook APIs using the official documentation at docs.rook.fi.

Keepers continually sift through the signed orders in the HidingBook and the transactions coming through the other Rook Protocol APIs. They monitor various blockchains, searching for ways to use those orders and transactions to create profit.

Alone, your order or transaction will be worth nothing, but a cleverly constructed transaction can generate extra profit, and because it uses your order as a key ingredient, you will be paid accordingly.

When they discover a profitable transaction, a Keeper will initiate an auction, and bid on the right to settle your transaction. The more profit their transaction generates, the more a Keeper can bid, meaning that you will always have your profit maximized.

When the auction concludes, the Rook Protocol greenlights the winner of the auction.

Learn more about auctions and the greenlight algorithm using the official documentation at docs.rook.fi.

Once a Keeper has received the greenlight, they are free to broadcast and settle their winning transaction using the method of their choice, which may be the public mempool, Flashbots, etc.

Only Keepers registered with the Rook Protocol can settle these orders and transactions, meaning that settlement is non-competitive, and hence resists MEV extraction. This makes settlement much simpler and cheaper.

Failing to land a transaction in a certain number of blocks will damage the Keeper’s reputation. Reputation is a factor in the Auction greenlight algorithm, and is managed using the Rook Protocol reputation management system.

This bid is distributed by the Rook Protocol through a series of payment channels, to incentivize the various parties involved in the transaction.

From Joey Zacherl, CTO of Rook

Architecting the Rook Protocol was an exciting challenge for a variety of reasons. MEV can come in all shapes and sizes, and from all users, protocols, and blockchains. Coordination requires automating procedures involving blockchains, bots, and humans all together within the same ecosystem. It must be rigid enough to provide a foundation for MEV extraction and fair redistribution. Yet it must be flexible enough to do this efficiently without introducing overhead that offsets the benefits. All maintaining a healthy ecosystem.

Once the high-level architecture was nailed down, significant time was spent designing effective token economics that ensure the user’s position as the key beneficiary in the capture of MEV.

All of this was easier said than done, there were a lot of complexities and considerations to account for, but at the end of the day, we concluded that this architecture and design were the most effective. And then it was just a matter of building it.

Building it presented some interesting challenges because we had to prepare this product for both human and bot consumption. And not just one type of bot either, we have Keepers, market makers, and automated traders. So we spent a lot of time communicating with potential integration partners to ensure they could easily consume the ecosystem and benefit from it.

Rook Labs is already working hard on a full array of enhancements and upgrades to the Rook Protocol, as well as a number of interesting new integrations and research projects.

Get involved at Rook

There is a lot to do, and with our recent reorganization, we are always looking for new contributors and community members to join us in our mission to build the open settlement protocol for DeFi. 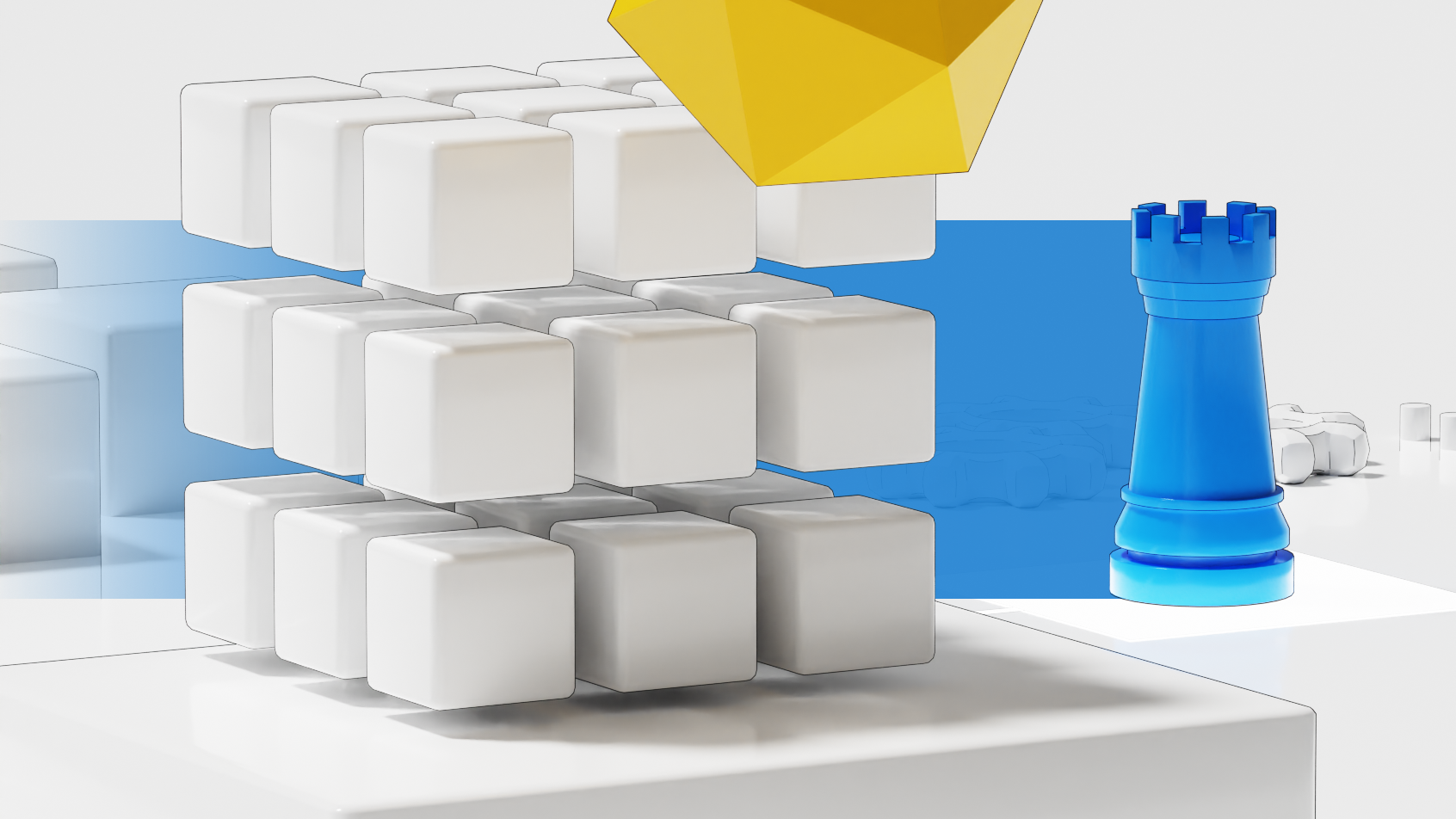 How The Pros Use On-Chain Limit Orders 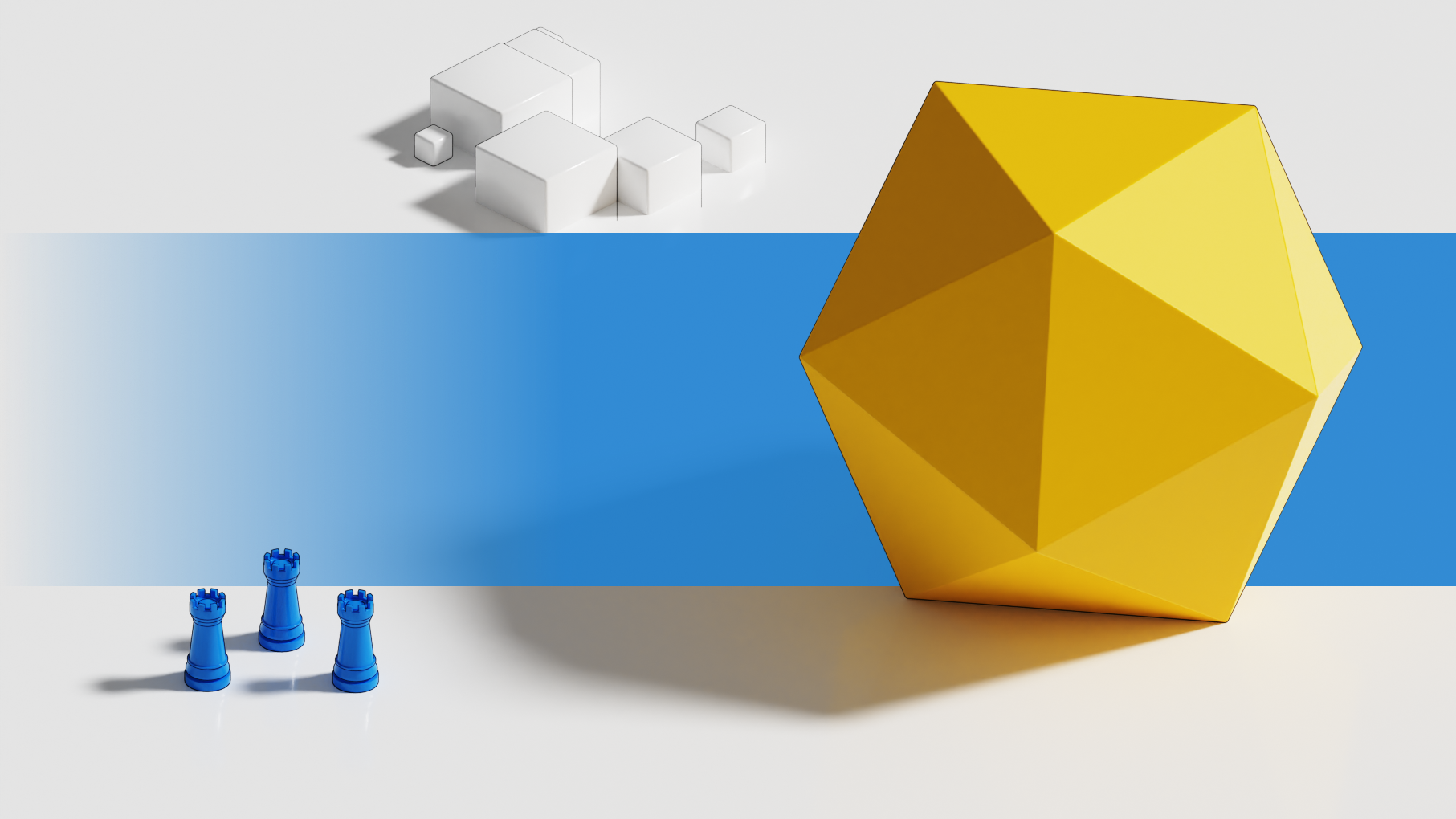 The Sleeping Giant Is Waking Up 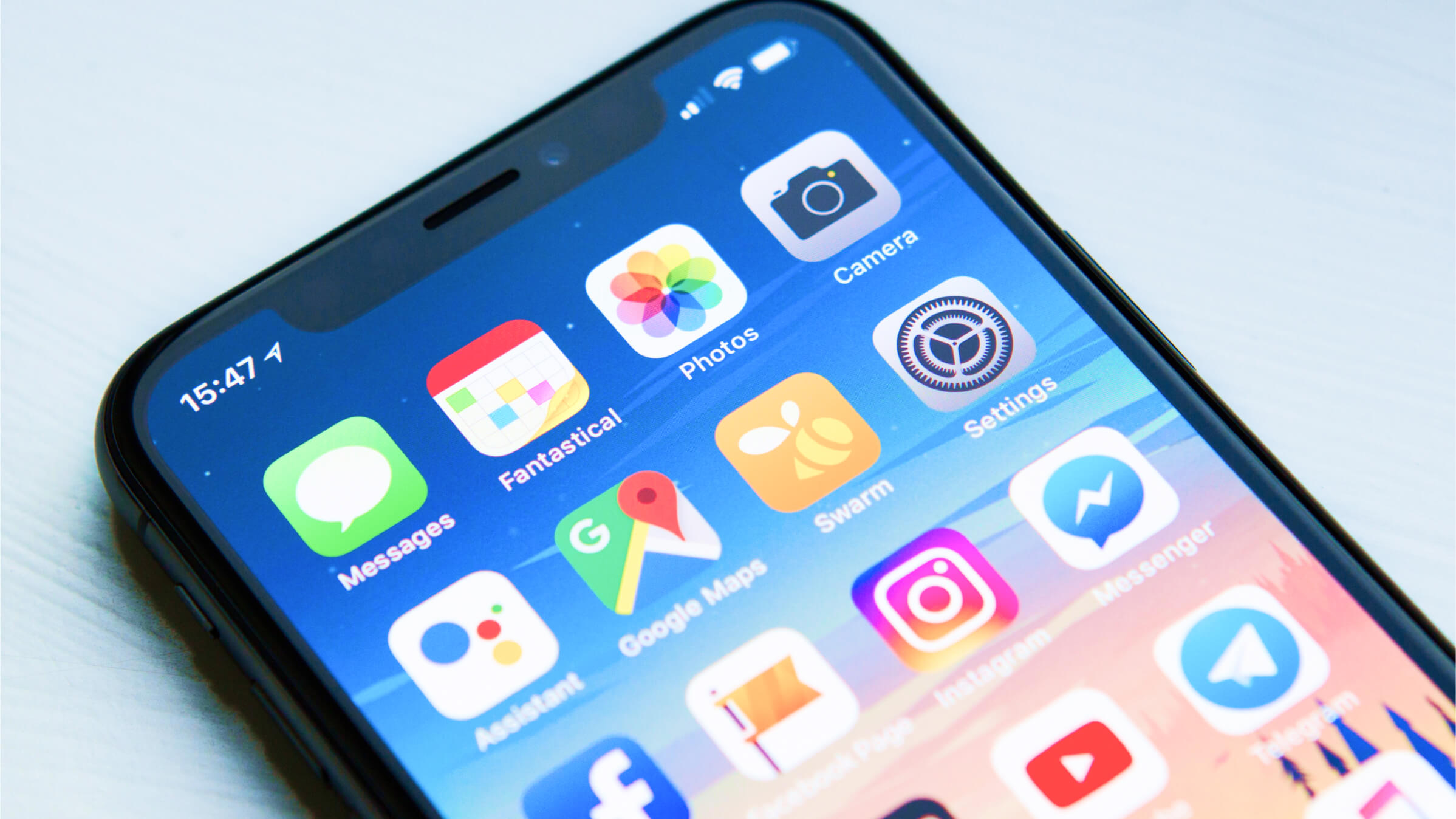